Legal Advice at the Right Price

You may be able to make a claim for unfair dismissal if you have been dismissed and your company has not followed the correct procedure or doesn't have a good reason for dismissing you. 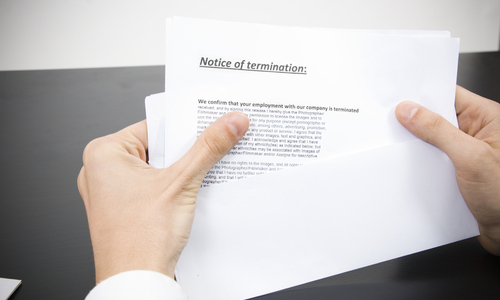 What is unfair dismissal?

Who is eligible to claim unfair dismissal?

To be eligible to claim for ‘ordinary’ (as opposed to ‘automatic’) unfair dismissal, the claimant must generally:-

However, with the introduction of the ‘employee shareholder status’ in Autumn 2013, even if an employee has satisfied the above criteria, he may not be entitled to bring a claim for unfair dismissal if he has traded this employment right in exchange for shares in the company in which he works.

To successfully defend a dismissal, the onus is on the employer to show that, as a matter of fact or to the employer’s genuine belief, the reason or principal reason for the dismissal is one of the following five potentially fair reasons:-

Retirement used to be a fair reason for dismissal but, as of 6 April 2011, this ceased to be the case when the default retirement age of 65 was abolished.

Once the employer has established a potentially fair reason from one or more of the above options, the Tribunal would then look to see whether the employer acted reasonably in deciding to dismiss the employee for that reason.

The reasonableness of the dismissal

Bringing a claim for unfair dismissal and remedies

A claim for unfair dismissal would be brought in the Employment Tribunal by lodging a claim form (ET1). This must be done within 3 months (less one day) of the effective date of termination.

As of Summer 2013, the employee will need to pay a fee to lodge his claim and, should the case go to full hearing, another fee prior to the hearing.

Once the employee has established that he has been dismissed, the employer would be required to demonstrate the reason for the dismissal and that the reason falls within the five potentially fair reasons. The tribunal would then consider if the dismissal was fair. The burden of proof here is neutral.

If the Tribunal finds in favour of the employee and that there has been an unfair dismissal, the Tribunal will consider (in this order) whether the following awards should be made:-

The Tribunal may also make an award of costs.