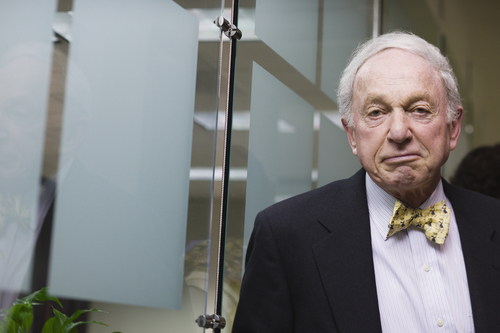 Unlike unfair dismissal legislation which protects ‘employees’ only, age discrimination can be claimed by agency workers, other contract workers and even job applicants.

This is where a person is treated less favourably than others because of his or her age. For example, where an employer bases a decision to dismiss someone on the perception that their age means that they can no longer perform their job efficiently, and not because of any genuine consideration of their abilities, or doubts regarding their performance.

In order to claim direct age discrimination you will need a comparator in a different age group against whom to measure your treatment. This comparator can be hypothetical but their circumstances must not be materially different from yours.

The less favourable treatment need not be because of your actual age, but instead the age which you are perceived to be. You can also bring a direct age discrimination claim even where the treatment is not related to your own age but instead the age of someone with whom you associate, such as an elderly relative.

Indirect age discrimination occurs where an employer applies a provision, criterion or practice across the board which puts or would put you at a particular disadvantage because of your age. Even if the provision is apparently unbiased given that it is applied to all employees regardless of their age, if it has the effect of disadvantaging you, this could amount to indirect discrimination. An example could be an advertisement for a management role which requires a certain number of years experience – this could automatically impede younger applicants and would therefore be indirectly discriminatory.

Objective justification would require your employer to demonstrate that either the treatment or the provision criterion or practice is a proportionate means of achieving a legitimate aim. Legitimate aims could include health and safety reasons, rewarding loyalty (e.g. through increased pay with years’ service), or requiring a minimum professional experience which can be unavoidably age related.

In the recent high profile case of Seldon v Clarkson Wright and Jakes (2012), it was held that (in spite of the abolition of the statutory default retirement age of 65 in 2011) the law firm’s compulsory retirement age was found to be a proportionate means of achieving a legitimate aim. The legitimate aims in this case were staff retention, workforce planning and career progression opportunities (i.e. enabling younger generations to be promoted to partnership without it being a case of “dead men’s shoes”). Another legitimate aim for a compulsory retirement age has been in order to avoid disputes with older workers over their capability – i.e. to preserve their dignity.

When it comes to indirect discrimination, an example of objective justification could be if length of service is included as part of the selection criteria for redundancy. The legitimate aim here would be to maintain a stable workforce further to redundancies and to reward loyalty. Accordingly, including these criteria in a redundancy matrix could be proportionate given that it was one of many factors. This is why “last in first out” can be legitimate, regardless of age discrimination legislation.

Employers do have another defence to an age discrimination claim: that the age specifications are down to an occupational requirement e.g. the need for authenticity for an acting role.

There are also specific examples where age discrimination may be lawful, e.g. the national minimum wage is lower for young workers and statutory redundancy pay varies in accordance with age.

Age harassment occurs where a person engages in unwanted conduct related to age and this conduct has the purpose or effect of violating your dignity, or creating an intimidating, hostile, degrading, humiliating or offensive environment for you.

When determining whether the conduct has such an effect, both your subjective perception and whether it is objectively reasonable for such conduct to have that effect will be factors to consider, along with the other circumstances of the case.

The victimisation provisions in the Equality Act protect employees from being discriminated against for bringing proceedings under the Act itself or giving evidence in relation to the Act.

If you think you may have been discriminated against, you can submit questions to your employer by way of a questionnaire. This is a statutory procedure (set out in s. 138 of the Equality Act) although the questions need not be set out in the form prescribed in the act. Whilst it is not compulsory for your employer to reply to the questionnaire, if they fail to do so an employment tribunal could draw inference from this. Discrimination Questionnaires are in fact due to be abolished in either October 2013 or April 2014 as section 66 of the Enterprise and Regulatory Reform Act will repeal section 138 of the Equality Act 2010. The argument behind the abolition of questionnaires is that they do not promote early settlement as much as may be expected and collating the information can be onerous. This could disadvantage employees, however, as without the questionnaires; you may have to initiate formal proceedings to seek documentation from your employer.

Before submitting an employment questionnaire, it may be advisable to consider raising a formal grievance to see if there is a way of resolving the matter internally first.

You have 3 months less one day from the date of the last act of discrimination to bring a claim, although acts occurring prior to this 3 months can be a factor in such a claim if they are part of a continued course of conduct.

If you were to be successful in a discrimination claim, the tribunal could make one or a combination of the below awards: