Clarification Of The Agreement

All Clauses Verified By A Solicitor


How can we help you? 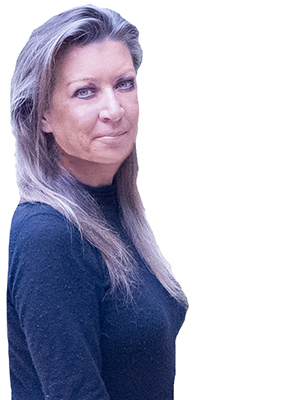 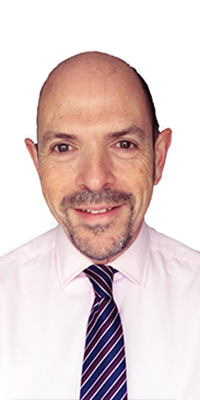 What Is a Settlement Agreement?


A settlement agreement (formerly known as a Compromise Agreement) is a legally binding document which is commonly used to resolve workplace disputes and is made in contemplation of an employment ending. Such an agreement is made between an employer and its employee.


In recognition of convincing arguments, the employer may then offer the employee a settlement agreement. although, strong argument is not necessarily the precursor to such agreements.


Settlement agreements establish a legally binding contract between an employer and employee, are typically entered into at the termination of employment and sets out the full terms between the parties.

The agreement will provide for termination payments which may include your notice, a tax free sum, redundancy, holiday, bonus and other sums. In return for receiving these payments, you must agree not to bring any legal claims against your employer such as unfair dismissal, discrimination or breach of contract.


A settlement agreement can benefit both an employee and employer?


For the employer
immunity against potential claims is gained which provides peace of mind for the business.

For the employee
it can provide an exit route with the benefit of a severance package as well as a good reference. It is worthy of note that an employee is not obliged to agree to a settlement agreement. Indeed, in some situations, redress may only be obtained by going to an Employment Tribunal.


In terms of what clauses you should be looking out for in the settlement agreement, the following are of prime importance:

You may want a non-derogatory clause, so that your employer cannot bad-mouth you. Not all banks will agree to this as it is impossible to police by large scale employers, but most should at least agree to "using their best endeavours" and in some cases will agree to named specific individuals.

An agreed job reference should be attached to the compromise agreement wherever possible, together with a clause that no oral references will be given in any less favourable manner. Remember, an employer is not otherwise obliged by law to provide a job reference.

Some settlement agreements try and "gag" you from stating the reason for your departure to any third party. This should be resisted, if for no other reason, to allow you to talk freely with potential employers.

Make sure that the agreement properly reflects what outstanding bonus is due to you, especially where the bonus is being paid as deferred stock after you leave your employment. Make sure any stock options and share awards are also covered.

Ensure all accrued but untaken holiday is included in the agreement.


Paid in lieu of notice

If you are not asked to work your notice, you will be entitled to be paid in lieu of your notice and this should be reflected in the agreement.

Legal fees- make sure the contribution is sufficient. Most banks will contribute up to £500 plus VAT for your lawyers fees, but some are less generous.

You will be asked to keep the settlement agreement confidential. This is important and you should resist the temptation to talk to colleagues about what you are receiving under the agreement.


Start of a new job

You may have another job to go to at the time your compromise agreement is signed, yet you could be asked to warrant that you have not been offered a new job or even entered into discussions leading up to a new job. You need to inform your lawyer if this applies to you as there may be an opportunity to amend this clause or you could otherwise be in breach.


Does the agreement properly reflect your entitlement?

Above all, be aware that once you sign the settlement agreement, there is no going back. Together with your employment lawyer, you need to decide whether the amount of compensation on offer properly reflects your entitlement. In genuine redundancy situations, your options will be more limited, but in other cases there will be scope to negotiate on the severance sums. It will be too late, however, once you sign the agreement.

When Do I Need A Settlement Agreement?

They may be offered in various situations whether during or after employment. Sometimes they can be used to avoid a long drawn out performance, disciplinary or redundancy process which can be costly and time-consuming for an employer. An employer may also consider offering a Settlement agreement where there is an existing dispute with an employee as a means of bringing that dispute to a close.

Do I Accept My Settlement Agreement?

You are under no obligation to accept a Settlement Agreement and should only do so once independent legal advice has been obtained. An agreement cannot be binding until you have received such advice.

Often in the heading of the agreement or covering letter it will be marked without prejudice. This is to enable the parties to discuss termination arrangements freely without fear of such evidence finding its way to a tribunal if the proposed settlement breaks down.


ACAS have issued a statutory code of practice on settlement agreements which sets out how settlement agreements should operate and also provides best practice of how pre-termination negotiations should be undertaken. ACAS recommends that you be given a period of 10 calendar days to consider an offer made by an employer, but it can be less if this is considered reasonable.

What Is The Summary Of The Law?

The essence of a settlement agreement is that an employee expressly waives him/her employment rights under statute e.g. any rights under the Equality Act 2010, Equal Pay Act and so on, which prevents his/her from pursuing any claims in an Employment Tribunal in the future. Most often, the employer may agree to provide a termination/severance payment and an agreed reference in return for the employee’s waiver.

However, in some circumstances, an employer may only agree to provide a reference. It is also important to note that any potential claims for pension rights and personal injury are usually excluded from the agreement; therefore, an employee would not be precluded from making such claims in the future, if necessary.

Do I Need An Independent Legal Advisor?

Although an employer can initially provide the terms of a settlement agreement as well as the amount of the severance payment, depending on the nature of your claim, such terms and amount may have further scope for negotiation. This may mean that a higher settlement could be obtained. Your employer may be open to negotiate after your legal adviser has provided a strong, legally based argument in your favour.

What Are My Tax Considerations?

In this light, it should be noted that under a settlement agreement, the first £30,000 obtained as genuine compensation for loss of office is tax free. This means that HMRC will not tax the first £30,000 and that anything above this amount is subject to taxation according to the usual rules.