It may be that someone is sexually harassing you in the office which can be very disturbing. It could be that a work colleague is consistently bullying you. Alternatively someone could be stalking you. 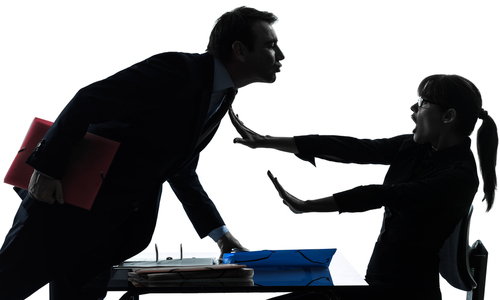 Harassment in the context of the Equality Act 2010 (“the Act”) involves unwanted conduct related to a protected characteristic that has the purpose or effect of violating a person’s dignity or creating an offensive, intimidating or hostile environment.

For the purpose of harassment under the Act, the protected characteristics are as follows:

Notably, marriage and civil partnership, and pregnancy and maternity are not relevant protected characteristics for harassment purposes, although these could instead fall within the definition of sex or sexual orientation harassment.

Often the first an employer knows about harassment is when an employee puts in a written grievance or goes off sick with stress. By this stage, it may be too late to avoid liability.

You can still bring a claim for harassment where the unwanted conduct is not directed at you personally. In fact, you need not even possess the relevant protected characteristic. For instance, a white colleague who witnessed another colleague teasing a black colleague about his race could bring a complaint of harassment.

Employers should provide staff with employment handbooks detailing policies on equal opportunities and harassment. The policy should give guidance on what constitutes acceptable behaviour and what does not. Employers should also provide training in this regard and provide awareness of the potential disciplinary action to which an employee who harasses others could be subject.

It must be remembered that in order to amount to harassment, the person’s conduct must have the purpose or effect of violating your dignity or creating an intimidating, hostile, degrading, humiliating or offensive environment for you.

Evaluating the “effect” of the conduct is assessed from the victim’s point of view. However, this is counterbalanced by the tribunal taking into consideration whether it was objectively reasonable for the conduct to have such an effect.

When it comes to the definition of the conduct as “unwanted”, it is important to note that there is no need for you to have already made it clear that the conduct was unwanted in order for it to qualify as harassment. Equally, there is no need for a sustained tirade of harassment; just one occurrence could be enough. Also, even if you have had to put up with the harassment for some time and felt obliged to join in with the ‘banter’, this would not necessarily disqualify you from bringing a claim.

An employer can be liable for the actions of its employees when it comes to harassment if this is done in the course of their employment. Your employer could, however, have a defence in this regard. If your employer can prove that they took “all reasonable steps” to prevent the employee from committing the harassment, they could be absolved of liability.

Section 65 of the ERRA 2013 repeals the provision in the Equality Act 2010 in relation to third party harassment, the idea being to reduce unnecessary regulation for employers. The new provisions are likely to come into effect in October 2013 or April 2014. You may, however, still be able to argue under s.36 of the Equality Act 2010 that your employer’s failure to take any action in respect of third-party harassment would in itself amount to unwanted conduct.

The Protection from Harassment Act 1997 (“PHA”)

You can rely on the PHA in response to bullying at work or, for example, racial or sexual harassment. The PHA is not however limited to harassment which you may suffer in an employment context and is commonly utilised in neighborhood disputes.

It is a criminal offence to pursue a course of conduct which amounts to harassment of a person. A court may issue a restraining order against someone found guilty of criminal harassment.

You can bring a civil court claim to seek an injunction to stop the harassment occurring.